Learn to sweep pick a ii-V-I progression in this exercise using the tritone substitution to play faster.

This exercise uses three chords based on the A form (rooted on the 5th string).  In the key of C, start with Cmaj7.  Play it for two bars.  Then play the Dm7 (2 frets up).  Last, play the tritone substitution (D♭7) for the V chord, which is normally G7.

The tritone substitution works here because it moves down one fret from the ii or up one from the I.  This allows you to use the same chord form with minimal movement!  In other words, it helps you play fast and work on  your technique.

I listed the chord tones below.  Notice how the 3rd and 7th for the tritone substitution are the same as the normal V chord.  In this case, we substitute D♭7 for G7.  Let’s look at the chord tones.

The following example was written, notated, and played by the talented James Coulthard.  The hammer-ons and pull-offs make this a little harder, but maintain the triplet feel.  Don’t forget to mute each note after you play it.  Usually, this is done by “rolling” your fretting hand as you play. 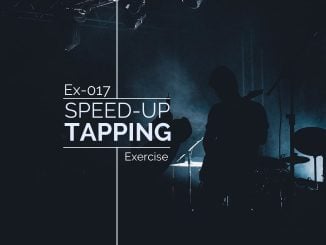 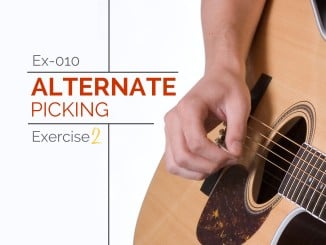 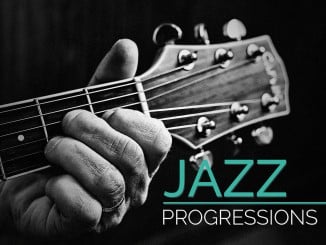