This lesson will show you how to read chord diagrams, fretboard patterns, and rhythm charts.  These diagrams are a perfect way to quickly communicate what you are playing with other guitarists and musicians.

Chord diagrams show you where to place your fingers to play a particular chord. They consist of six vertical lines, which represent the strings of the guitar. Frets are shown by horizontal lines.  Since chord diagrams do not show the entire fretboard, the fret numbers are placed next to frets to indicate the location on the fretboard.  Sometimes an extra thick vertical line is used at the top of the diagram.  This represents the nut.  Black dots represent the root note of the chord.  The lessons on chords will explain root notes in greater depth.

To play the chord, place your fingers where the dots are located and strum or pluck those strings at the same time.  When a dot is placed on top of the nut, the string is played open (without fretting it).  Sometimes certain strings are not meant to be played.  They are supposed to be muted, muffled, or skipped.  These strings have an X above them or no dots are placed on the string.

Show Me What I Am Playing

Sometimes the dots contain information inside them: note names, intervals, or fingerings.   You still play them like you would play the dots, but these diagrams give additional information for the guitarist who is reading the notation. 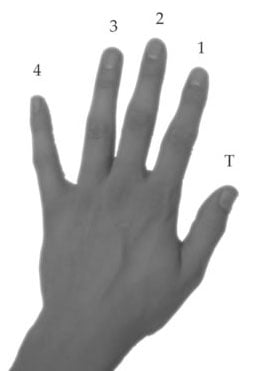 Fretboard patterns, like chord diagrams, use dots to show where to place your fingers.  Fretboard patterns differ from chord diagrams because you do not play all of the notes at the same time.  Instead, you play one note at a time.  The fretboard pattern chart, however does not tell you the order to play the notes.  Once again root notes are indicated by dark dots and can contain information about note names, intervals, or fingerings.

Even though the patterns do not indicate a particular way to play them, I included some notation for playing the patterns string by string to make sure you know how the dots and notes correlate.

Rhythm charts are summaries for a song.  Guitarists often wish to give other musicians a general idea of a song without taking a lot of time to write every note exactly as played.  Other times, the song is intended to be interpreted by the musician.  In both cases, rhythm charts are perfect. They tell you which chord to play and give a general idea of how the chords are to be strummed.

12 Bar Blues Rhythm Chart in the Key of F
Loading Player…
About Patrick MacFarlane 127 Articles
I've been teaching guitar online for 25 years. My site has been featured in Rolling Stone and Acoustic Guitar magazine. I'm the author of The Secrets of Learning the Fretboard and Guitar Lesson World The Book.
Contact: Website Facebook Twitter 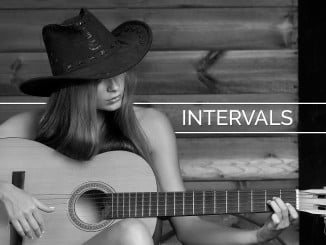 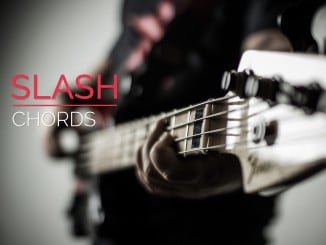 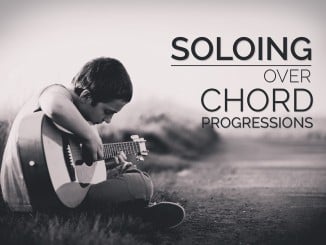